Thank you Grandview graduates!  Sharing your stories, gives hope to others who may be struggling to lead clean and sober lives.  You’re an inspiration to us all.  If you have a personal story that you would like to share, please send an email to info@GrandviewFoundation.com. 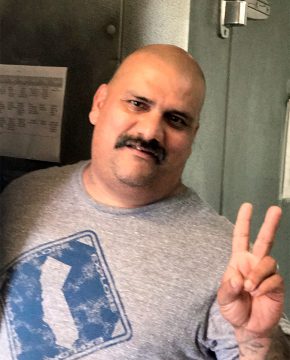 I was in a substance abuse program while I was in prison, and Grandview was recommended by one of the people who did the program. When I got to Grandview, I was there for all the wrong reasons. I left for three months, but the idea of recovery was planted in my head. They took me back, which was surprising, and I was grateful to the staff for the second chance. I completed the treatment and I’ve been clean and sober for eight years.

No one had ever trusted me, but Grandview did. After seven months, the kitchen job came open, and they gave me a chance. I cooked in prison, so I had experience. I’ve now been the cook at Grandview since graduating from the program, cooking three meals a day for fifty-five people.

The Grandview kitchen is like a safe haven, and I like opening up to the current clients hearing their stories. I also like when the guys come back to Grandview after they are clean, often with their families, and they are so proud of what they have accomplished. Sometimes they say that I inspired them to get clean. It’s very priceless.

I have a son, and I always thought he would be with me in the prison yard. Instead, I was able to drive my son to college a few years ago, something I never thought I would be able to do. He is now a senior at Chico College, and I am so proud of him. 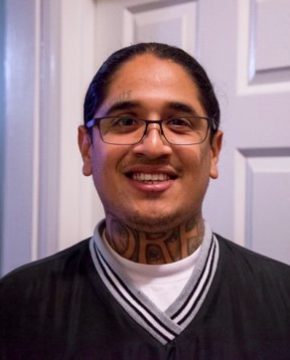 I grew up in El Monte, and I never did drugs; I was an alcoholic. In 2016, I was stabbed and a month later, I got shot in my femur bone; it was all related to gang activity. I couldn’t walk and I was drinking more than ever. I had problems at home, so my mom and sister kicked me out of the house. I had no money, and I was living on the street. I was on parole and had to wear an ankle GPS device as the police felt I was a menace to the community. I respected that because it was my actions that caused the problems.

I knew I was at the bottom, so I reached out to my parole officer Chris for help and he recommended Grandview in Pasadena. I heard it involved going through a program first, and said ‘whatever, I’ll go.’ I was able to get in to Grandview rehab program for 6 months

Once I settled in, I became more comfortable, mostly because the staff showed such love to me. They have lots of therapy programs, like yoga, anger management, and meditation and I tried them all. I worked on not looking at people in a disrespectful way how to stay cool rather than starting a fight. I learned I can’t change what a person does, I can only change how I react. I was able to spend a lot of time talking with the counselors and they never gave up on me. I was feeling the love from staff who don’t know nothing about me, and they helped me learn how to help myself.

I was in the Grandview program for 6 months and it changed my life. I just moved into one of their sober living houses and I have a job as a maintenance man, 6 days a week. I was able to buy my first car and I’m starting to save money; I even opened up a bank account for the first time in my life. I’m 26 and have good credit; who would have guessed. I am looking for a room to rent and to improve myself and live an independent life once I leave Grandview. 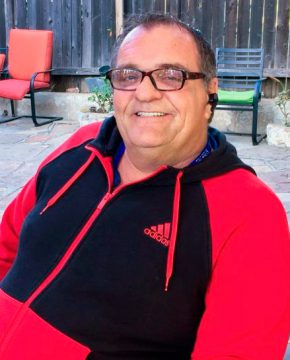 I was born the 4th child of a 17-year-old mother in the suburbs of Detroit. I never had a Dad and when I was 8, I was placed in a foster home. A family adopted me when I was 12. Four years later I went back to my mom’s house in Detroit. I was trying any kind of drug just to deal with life. To support my habit, I started robbing houses, and over the years I’ve been convicted of 8 felonies, spending a good portion of my life in jail. Worst of all, I had my children taken away by Child Protective Services. I was angry and knew I had blown my life up.

When I was 52, my parole officer recommended I go to Grandview. It was the best decision I ever made and completely changed my life. No matter what I did, the staff at GV always cared about me. Anna, one of the counselors, became a good friend. I loved the camaraderie and the opportunity to share experiences with other clients and the staff at Grandview. I let them help me. I completed the six-month program and then moved to Grandview sober living.

I am now a successful trucker, working long hours and making good money. Since graduating from the program 5 years ago, I continue to come back to Grandview to help other residents with their recovery. I regret my past, but I never want to let it go. My past keeps me grounded. My recovery will last the rest of my life, and it’s truly a spiritual journey.

Lasting recovery starts with a click.
I need help
I know someone who needs help